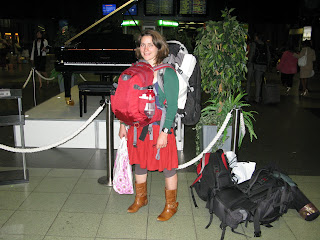 It's strange to think that this will be the last time we'll see the green English countryside for six months. As it whizzes past the awesomely comfortable Eurostar train, I feel compelled to soak it up for the last time, in a while at least. I know I'll miss it but also that it'll be all the more beautiful for not having seen it for so long.

We're not expecting this project to be easy. Although, climate change rhetoric is very much a part of mainstream life now in the UK, there are other more urgent worries for the people of many other countries, despite their potential to be worse affected by it. We've been warned that nobody is concerned about the issue in Russia and would be surprised if anyone reading this hadn't heard the shocking statistics about coal-fired power stations in China. 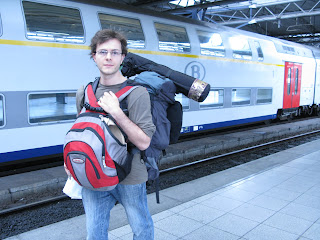 There are however, many reasons to be optimistic. Traditional societies - many of which are still alive and well in the regions we will visit - tend to have a greater respect for their environment. Business schools in Russia are starting to invest in CSR programmes. China has the fastest growing renewables industry in the world. And who knows what we will find in South East Asia but I do know that the average carbon footprint is a fraction of a typical European or North American individual's, so I'm confident we have something to learn.

Will wants to try to take a picture at the exact moment we pass into the channel tunnel. He's been talking about this for a while. I'll let you know if he manages it.